Following previous surveys of tree lichens in Sidwood, in 2013 a stone lichens on and around Black Middens Bastle was compiled.

Waxcaps are colourful fungi which appear on unimproved grassland sites in the autumn. They are very often found with mosses on acidic soils. 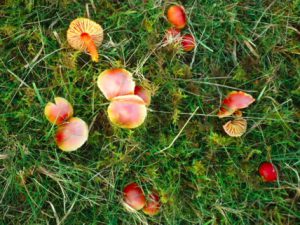 Photo: 2013 was a good year in Tarset for surveying this attractive and interesting genus, Hygrocybe

Work has been concentrated on a prolific site in upper Tarset where 18 species have been verified, including the rare Blushing Waxcap, Hygrocybe ovina. Link to full list of waxcaps recorded.

A first for England

Most exciting of all was the discovery of the first recorded site in England of Hygrocybe canescens. Its presence was verified by microscopic analysis of its spores.

There are a few records of this waxcap in Scotland and a few more in Scandanavia.

A first for the North East

Also on this site, meadow coral, a variety of spindles and earth tongues were recorded.

Amongst these earth tongues, the Dark Purple earth tongue, Geoglossum atropurpurium, a BAP species, has also been verified. There are some other sites in England but this is the first record in the North East.

A big thank you to everyone who helped make the Bastle Weekend 2009 such a success.

At the forum a packed hall heard renowned author, Alistair Moffat, followed by a series of expert speakers, Peter Ryder, Beryl Charlton, Tam Ward and Richard Carlton, covering differing aspects of bastles and life in them.

There was opportunity also to view the exhibition mounted by the group and to watch demonstrations of lime burning and stone working. The exhibition is now on permanent view at Kielder Castle.

The weekend dinner and musical entertainment at the Bay Horse were sold out, and the weather stayed dry for the bastle walk on Sunday morning, which was guided by Richard Carlton and several of the archive group members.

New card sets of bastles in the upper Tarset valley, published specially for the weekend, are still available from TAG at £2 per pack.

The Bastle Weekend was supported by Tarset 2050 CIC and the Northumberland National Park's Sustainable Development Fund.